Different Types of Collars and Their Meanings

July 2, 2017 Off By Community Articles
What is collaring?

Collaring is the moment that shows that a sub has completed their training and their relationship with their Dom has been taken to a new level. If you can think of consideration and training collars as engagement rings, the ownership collar is similar to a wedding ring. Sometimes ceremonies are held by the Dom to celebrate this moment.Just as Doms earn a sub’s submission through love and trust, a sub earns their collars through their hard work and devotion.

Collars and their meanings:
Different collars have different meanings. When you hear “collaring”, you tend to think of the ownership (mentioned below) but there are other ties when collars may be worn:

Posture Collar – You’ve probably seen these collars in pictures, they tend to be fairly large and cover up most of the neck. They are worn to for fun, as a fashion statement, or a way to restrict neck movement and enhance posture. 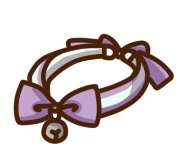 Play collar – These collars are very commonly worn during scenes and tend to have no significant meaning behind them. Play collars are typically dog collars, leather collars, or ribbon collars.

Protection collar – This is when a Dom wants to show that a submissive is protected and is commonly used in dungeons or kinky house parties. This lets other Doms know that while this sub is not owned, they are not are free to touch or approach. These collars are typically dog collars or leather collars.

Consideration collar– This is one of the first steps in showing advancement in a D/s dynamic. It signifies that the submissive is being considered for a long term relationship or ownership, however, it is normally worn for an agreed on amount of time and can be revoked for any reason. These collars tend to be leather collars*.

Training collar – This type of collar shows that a submissive is currently being trained by a Dom. It gives a taste of the power that the Dom has over the sub. These collars tend to be leather collars*.

Ownership collar (also known as a formal collar or slave collar) – This is not to be taken lightly, it is the equivalent of giving/receiving a wedding ring and shows that the submissive is owned. An ownership collar is earned after a sub has completed their training or deemed worthy of being kept long term. This means it could be years before a sub receives an ownership collar. These collars can look like anything from a leather dog collar, to a metal collar(most commonly seen), to a symbolic piece of jewelry (a bracelet, anklet,  necklace, or ring). Some Doms even prefer to tattoo or brand their sub, this is more commonly done in the Master/slave dynamic and Gorean lifestyle. It’s completely up to the Dom and sub.

*If worn out public, these collars can be substituted with a day collar.

Proper etiquette  and collars:
If you’re a Dom and you see a sub with a collar, you should avoid trying to make advancements of any sort unless you’ve talked it out with their Dom. Some Doms even require that you speak to them before even approaching or conversing with their sub. Do not disrespect the relationship or the Dom’s ownership.

If you’re a sub and wearing a consideration, training, or ownership collar you should not take off your collar (assuming it’s not locked or you have access to the key) without your Dom’s permission. Taking it off during arguments is considered rude and disrespectful.

Where to buy collars?
Collars can be bought at local dungeons by vendors and crafters. You can also find those same people on Fetlife through meets, munches, and networking. However, you can buy collars online as well.

Written by In Daddy’s Arms: Original Article at http://daddys-doll.blogspot.com.au/2014/07/different-types-of-collars-and-their.html

How to Look After Your Puppy